The KAW-MET foundry is a long standing family run company where experience is gathered through practice and is passed on from generation to generation. Its history stretches back to 1981. 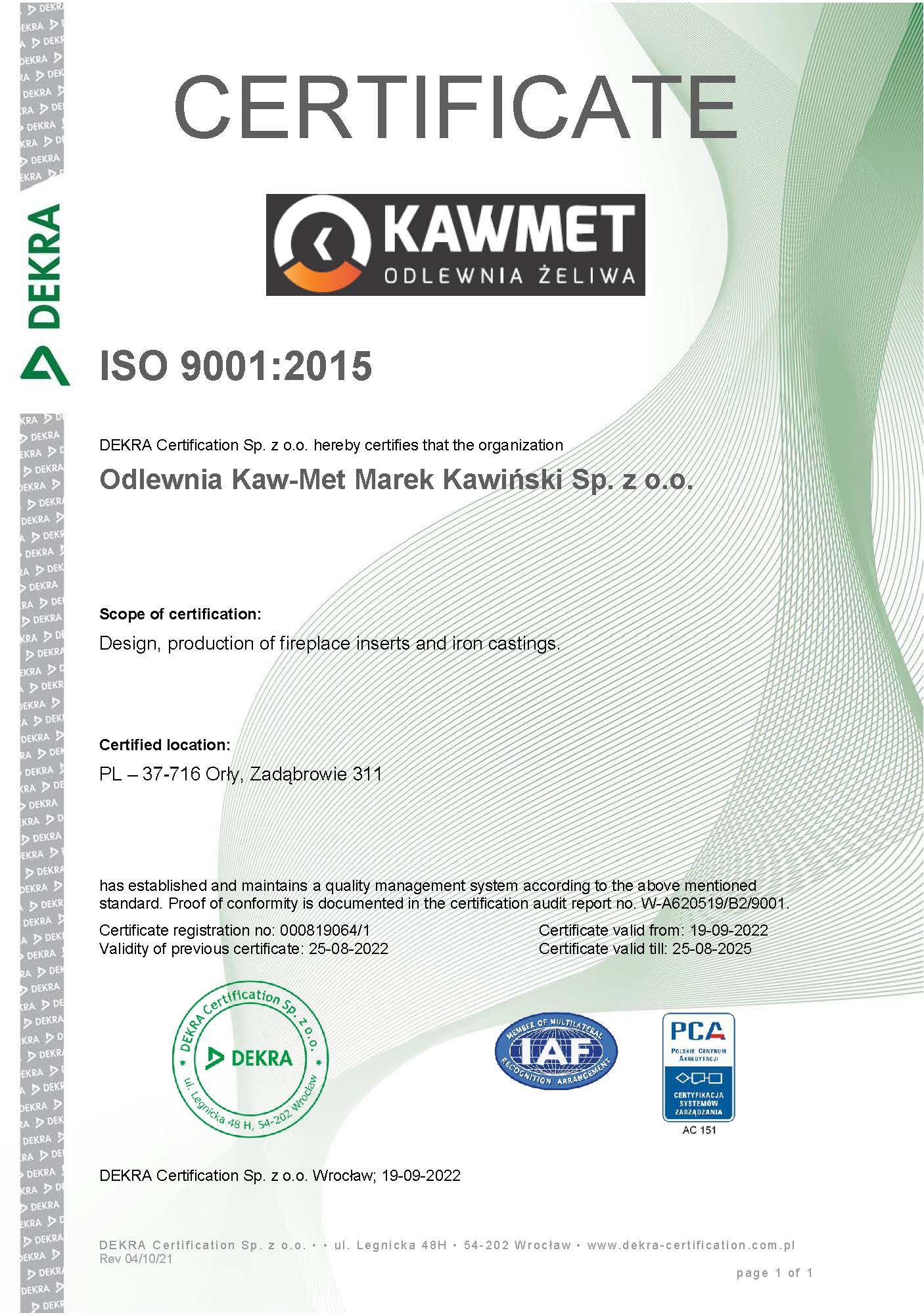 Smelting is conducted in three induction furnaces and two shaft furnaces, also known as Cupola furnaces.   We also have our own laboratory in which chemical spectral analisys is conducted. Cast durability and firmness as well as moulding sand and core mass are measured there, which in turn allows us to put out high quality casts.   We make gray iron casts in the following specifications: EN-GJL-100, EN-GJL-150, EN-GJL-200, EN-GJL-250, EN-GJL-300, ductile iron EN-GJS-400-15, EN-GJS-500-7, EN-GJS-600-3 and chromium white cast.